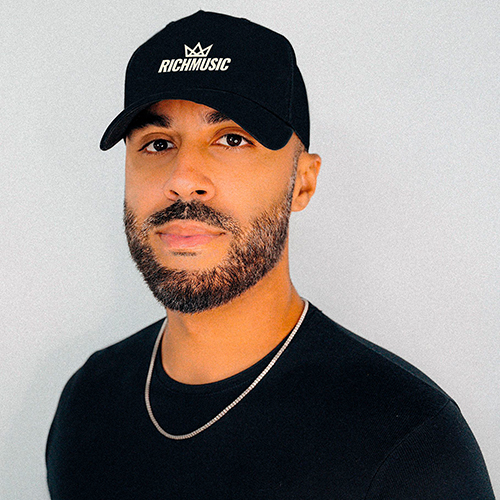 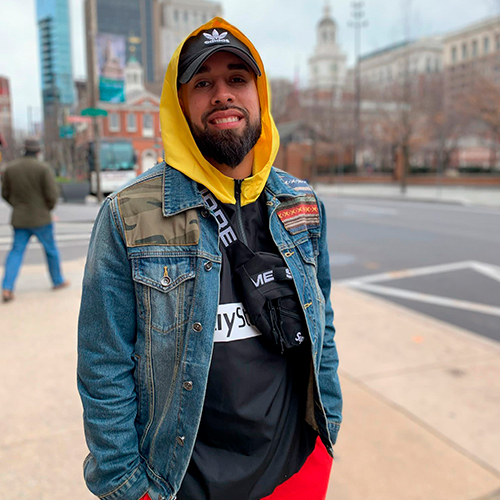 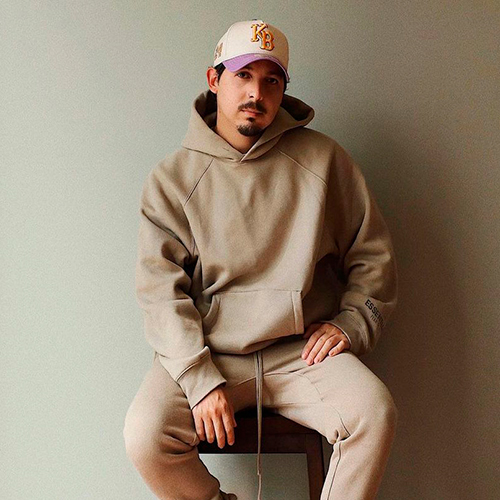 Jhonattan Jacob Reyes Cedeno was born and raised in Panama City, Panama. His stage name, Jhon El Diver, was given to him in the studio where others would call him “El Divertido,” which is Spanish for “fun,” as a nod to his serious demeanor. He picked up on music around the age of 11. When his sister asked for a guitar and never used it, Jhon decided to dust it off and take it to his school guitar class.

Most of what Jhon learned on the guitar he picked up on his own, and by watching other experienced players. That same dedication allowed him to eventually learn the keyboard, bass, drums and other percussion instruments. His first musical performance started with a school salsa orchestra, and it wasn’t too far after that he would use music to try to build a career and feed his family. Jhon would join friends and play at local bars and nightclubs around Panama before eventually collaborating with latin artist, Sech.

In addition to the reggae sounds familiar with his country of Panama, Jhon found musical inspiration from artists like Mana, Gondwana and El Kid. His unique sound and talents have allowed him to collaborate with most of the artists in Panama, as well as internationally acclaimed artists like Zion, Lennox, Nicky Jam, Mike Bahia and Maluma. He describes his creative process as more of a collaborative effort, working alongside other producers in the studio to mix sounds and influences to make music unlike anything else. 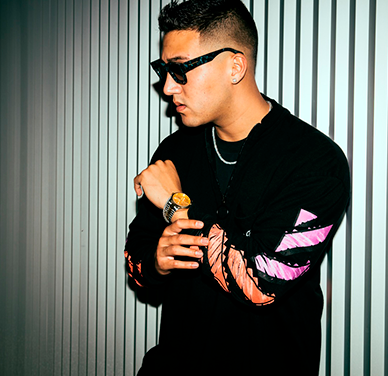 Simon Restrepo, better known by his stage name Symon Dice, has been a fan of music since he can remember. Growing up in Medellin, Colombia, Simon was exposed to the music industry at an early age. His mother was an event and concert producer, while his father was a guitarist and music producer. Before beginning his professional lessons, Simon early on picked up guitar and piano skills by first learning on his own. He took every opportunity to display his talent, winning War of the Band tours around the city.

Some of his biggest musical inspirations include guitar legends like John Mayer, Stevie Ray Vaughn, Santana, Slash, and the Mexican group Mana. In fact, when writing his first song “Get Outta Town,”  he was inspired by some of his favorite guitar melodies. As a producer, Simon is completely dedicated to his craft. His creative process starts with he finds a chord progression that carries him away and allows him to share a different story like the legends before him.

After spending over a year touring with Tony Dize, Simon was discovered by RichMusic in New York before eventually reconnecting and joining their lineup of all-star producers. Simon has collaborated with some of the best artists in the industry. He has co-produced platinum hits alongside Dímelo Flow including Farruko’s “Inolvidable”, JQuiles, Zion and Lennox “No Quiero Amarte”, and Natti Natasha’s “Me Gusta”. Adding to his major growth, he has also worked on albums with other RichMusic artists like Dalex and Sech.

When Simon is not making music, he spends his time up in the clouds as a commercial pilot. He is raising a son named Lucca, alongside his wife, Niccolle. 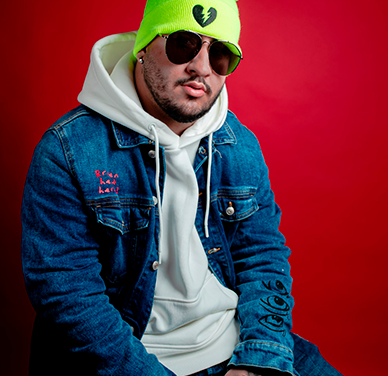 Manuel Enrique “Rike Music” Cortes Cleghorn was born and raised in Panama City, where he lives with his mother and three siblings. At a very young age, Rike discovered his passion and knew early on what he wanted to do with his life and future – music. He worked as a child, washing cars and doing odd-end jobs, to earn his own money and invest in music equipment. At the age of 16, he began working with his cousin, Panamanian music producer Kevin Da Silva.

Rike has always been inspired by different music producers, and even mentions PrediKdor, DJ Seven, and Da Silva as some of his biggest musical inspirations. When listening to his music, you’re able to see the influence of the romantic Panamanian music style he grew up hearing.

His hard work and faith in God have brought the RichMusic producer to a successful point in his career, obtaining musical credits working with some of the biggest artists like Feid, Dalex, Nicky Jam, Manuel Turizo, Greicy, Mike Bahia, among others. 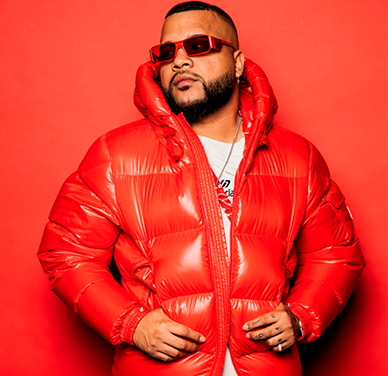 Success in the music industry can be achieved by being authentic, confident and charismatic. This has been achieved by Jorge Valdés Vázquez, better known as DJ Flow, for whom the challenges do not exist when producing or working as a DJ in Miami nightclubs.

Dímelo Flow was he was born in Panama and began his career as a DJ and producer 13 years ago. He didn’t always want to work in the music industry, his dream was to be a basketball player but at age 14 his life took a radical turn after a car accident, which broke his femur, preventing him from playing Basketball again. After that, at age 15 he started as a DJ playing at school parties, house parties and more. From age 17 to 18, he worked as a DJ in clubs and during that time he traveled a lot to New York seeking to keep on learning about his new passion, which he always had at his reach through the influence of his stepfather and cousin.

Between the ages of 20 and 21, he worked at a radio station in Florida, where he met countless hip-hop artists. He then moved to Tampa, Florida where he worked three days a week as a DJ in a club. It was there that he met Justin Quiles, who brought him closer to his experience working with artists in the music industry. He started working with Justin Quiles, producing his music, as a DJ and an engineer. A year and a half ago he moved to Miami with Justin Quiles and has already had countless opportunities working with artists such as J Alvarez, J Balvin, Nacho, Bad Bunny, Jory, among others.

He defines his style as international, Latin and urban but it still does not fall into the genre of reggaeton. Although he comments that what he enjoys most of the urban genre is that it’s a completion of his project along with making good music and the Latin culture. Although he wants to focus for the moment as a DJ, he does not rule out producing for other musical genres such as salsa, hip-hop and expanding into the reggaeton.

He is currently working on a project as a DJ, in which he will be producing and then selling. In this same project several artists from the urban genre will be collaborating. In addition, he continues to enjoy his stage as a DJ in the most important clubs in Miami, such as Icon, Club Space, among others.

Living simply today, DJ Flow continues to make good music and leave footprints wherever he goes. Encouraging parties and making the public enjoy his talent, he continues to move forward with optimism and charisma that characterizes him. 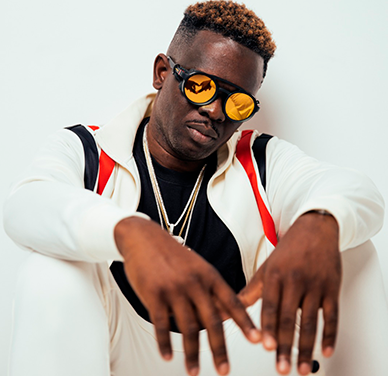 Chris Marshall, born Adrian Christopher Marshall, was born and raised in St. Catherine Parish, Jamaica. He grew up surrounded by music, from jamming at home with his family after dinner to growing up and exploring the country’s many dancehalls. Sundays were a musical day in his household, where the family would come together and listen and dance to music on the radio. Chris found himself influenced by Jamaica’s most recognizable artists like Richie Spice, Freddie McGregor, and Beres Hammond. His journey as a composer started when he bought his own computer and began experimenting with beat making. As early as high school, Chris could be found in different studios mastering his craft and bringing the sounds of the island to life with his music. The quiet and laid back artist found his voice in making music.

Chris Marshall finally achieved his first success with the track that would eventually go on to become one of the best chart-toppers of 2006. Sean Paul’s “Temperature” gave Chris the credibility needed to elevate his career as a hit-maker for the modern dancehall sound that was taking over the airwaves. The song not only topped the Billboard Hot 100 Charts, but also won a the 2007 Grammy Award for Dance Song of the Year. Over a decade later, Chris still puts forth the same amount of work and effort into everything he does. His goal is to continue creating music that is true to the message from his humble beginnings and the passion behind dancehall music that is heard around the world. He encourages others interested in following his footsteps to continue doing what they love and never give it up, especially if it’s music. Chris is currently signed to independent label RichMusic. His latest work includes a new single he wrote and performed with international artist Anitta: “Tu y Yo”.